Today concepts like “epoch” and “zeitgeist” seem to have become totally obsolete. The reason for this could be that we are not interested in those concepts anymore, but we remain unable to think about reality in a new way.

The history of humanity has so far been a long journey towards the invalidation of φύσις (nature, materiality, body and so on) on behalf of metaphysics (literally “beyond nature”): as if life had an indeterminate and mystical purpose. Today, this place beyond nature is not the Realm of Ideas or the Heavenly Kingdom, but maybe it is the Internet’s virtual reality. However, human beings experience the world through their body and should they finally detach from materiality, God will have won and not man. Alienation will have won. But I believe that we can chose a different path. 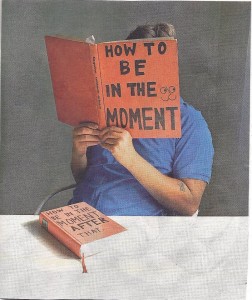 As it’s becoming increasingly difficult to find a direction for oneself, it is equally challenging to follow the compass in the realm of production: the global system has become a maze of processes and products, connected spaces and anomalous meanings.
I believe that the starting point to go beyond the present condition is to face to the idea that there is no way out. Our perspective on events is changing, so we need to leave linear explanations behind and learn to read reality as an ever-changing mesh of connections. But this will be not enough, we also have to bring back in this context all of the features that are typically human: materiality and fantasy, invention and emotion.

The present day is marked by inconsistencies and anachronisms which constantly challenge our perception of contemporaneity. We keep seeing nostalgic acts of re-evaluation of practices from the past, which are often proposed as a solution to the present alienation.
“Anachronism” is a word that (poorly) conceals the same concern that human beings have always had: the fear of death and the search for a proper meaning of life.
Only when we consider time as a linear sequence of events, then can we use the word “anachronism” (meaning the past breaking unexpectedly into the present). Talking about history, I prefer the concept of topology (the geometry of relations) [1]: having a reference system where there are no sizes and dimensions, but rather surfaces and movements.
In this non-linear system, the term “interference” fits better than “anachronism.” An interference is an act that triggers a translation and generates a drift. We can compare such a drift to what happens in the field of language, where interferences and invention are two of a kind and translations and deviations can bring about new meanings. However, even “interference” may be an uneasy word, as it expresses the same feeling of anxiety that these ideas still arouse in us.

Is eternity our obsession? 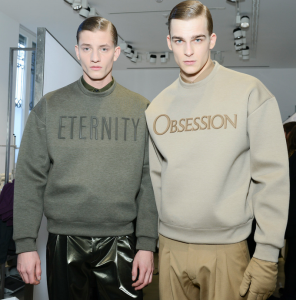 We can better try to see history as a structure of intersecting meshes, where interferences create events, and live our life as a unique entity made of relations between things, happenings, and other human beings, rather than as a sequence of closed moments, eternally and obsessively impalpable.

Coming next: Ben DuVall will guide us to what being in the 21st century really means.

[1] George Kubler talks about the concept of topology applied to the history of artifacts in The Shape of Time: Remarks on the History of Things: http://bit.ly/1wCATT3

Bio
Francesca Coluzzi (1985) lives and works in Rome as a creative consultant in the field of communication. She is the manager of distribution at NERO, magazine and publishing house based in Rome specialized in artists’ book. She studied in the IUAV of Venice (MA in Visual Communication) and she has been collaborating with the Institute of Network Cultures in Amsterdam. She writes about communication and visual culture with great pleasure and passion, and she also publishes online occasionally. She reads, observes, take notes. Her main interest is the image, in all its possible shapes and forms as well as its use, both as a tool of knowledge and as a cultural subject. In her free time she collects and stores kitsch images for research purposes.